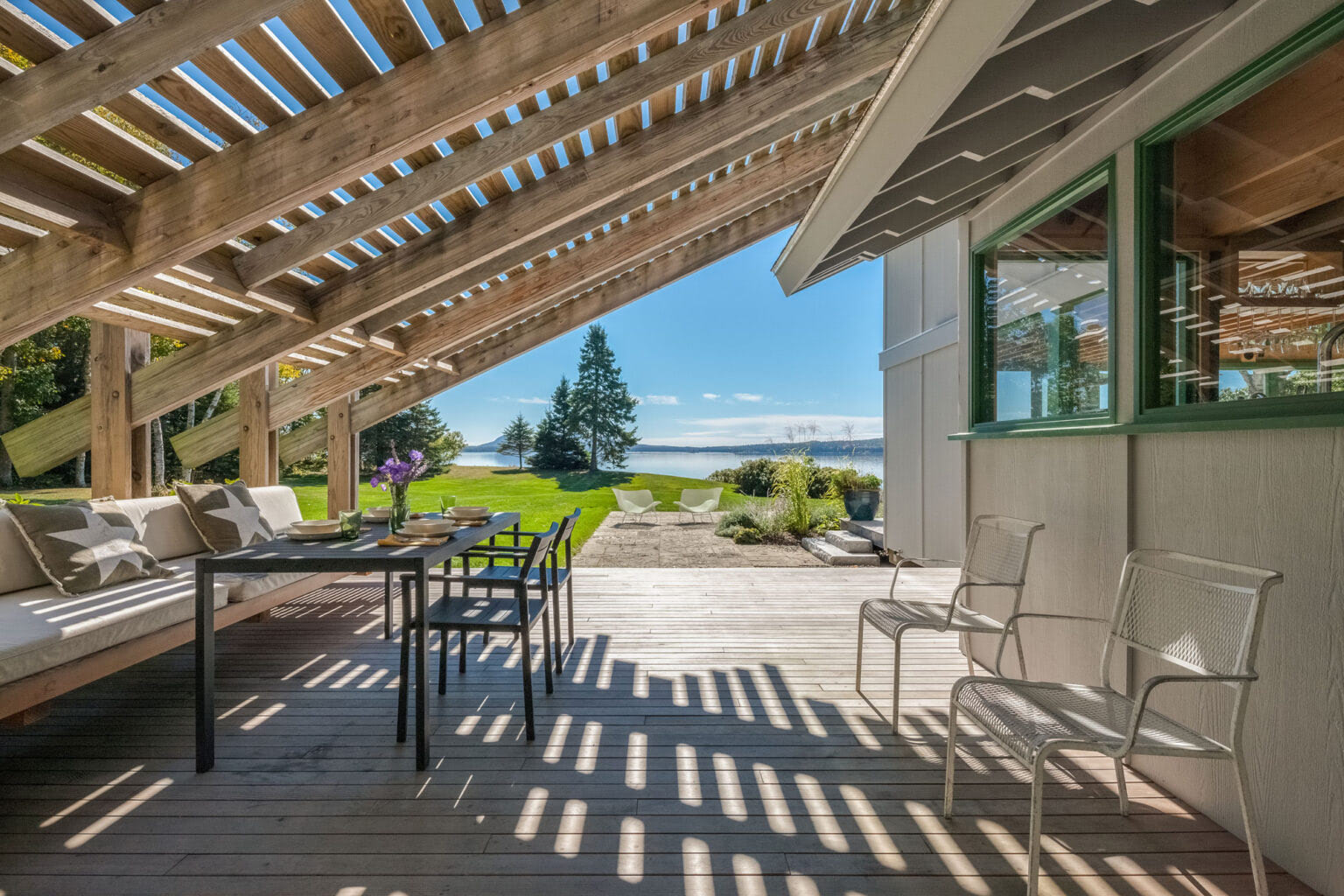 Heading to Acadia National Park and looking for a nearby home-away-from-home from which to launch your expeditions and explorations? The Starr House in Trenton’s Oak Point could be just the fit – though be forewarned that this light-filled, recently renovated, modernist masterpiece may be so alluring that your vacation just might become a staycation.

Inside, through floor-to-ceiling windows, or outdoors, from the stone patio, spacious deck, landscaped flower gardens, or the sunken-in hot tub, you’ll be mesmerized by the magnificent views of surrounding islands and distant mountains. Cocktail hour could be enjoyed by the gas firepit – with cool jazz beamed in via the Sonos sound system and dinner cooked on the outdoor grill. When night falls, there’s plenty left to like. The home’s five bedrooms, some of which are accessed by a floating staircase, are comfortably and tastefully furnished with en suite bathrooms and motorized shades for the multiple windows. In addition to the amenities in the home, your stay could include a complimentary day sail out of Southwest Harbor with owner Jud Starr.

Jud, a retired lawyer, feels intimately connected to this home. His parents built it back in 1962, and he spent summers here as a boy. For the design, his parents hired acclaimed architect Cooper Milliken, who happened to be a family friend.

Jud was discerning when looking for an architect who could design a four-season addition and restore the original home, but the search didn’t take long. After speaking with William M. Hanley, principal of WMH Architects in Northeast Harbor, he decided he’d found the one.

“Bill was so interested in the original drawings,” says Jud, “that we hired him on the spot.” William and his partner, Heli T. Mesiniemi, had already designed a nearby home – another one in the compound of five homes built by University of Maine, Orono, professors, including Jud’s father—so Jud was already a fan of their work. 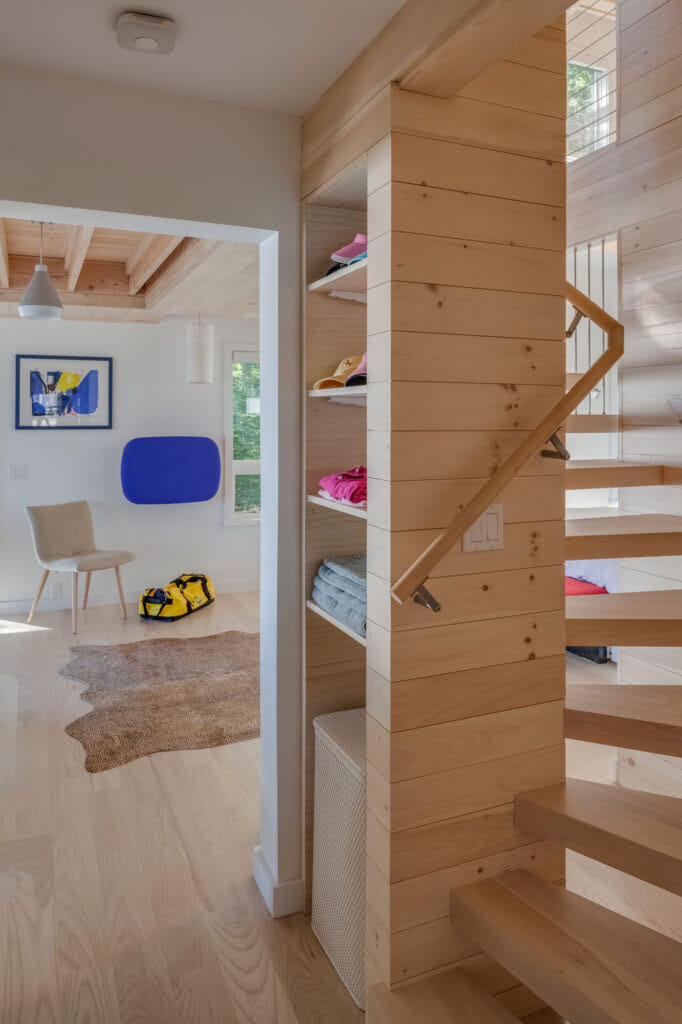 William and Heli were ecstatic. “Cooper Milliken was a fantastic midcentury modern architect, Oak Point is a little Modernist Point, and we already had a nice connection with Jud. How could we not be excited about this project?”

Clearly, the stars were aligned, leading the way for a stellar project.

For aficionados of modernist architecture or just those looking for a getaway with jaw-dropping views, stylish design features, and plenty of perks, the stars could also align at the Starr House.